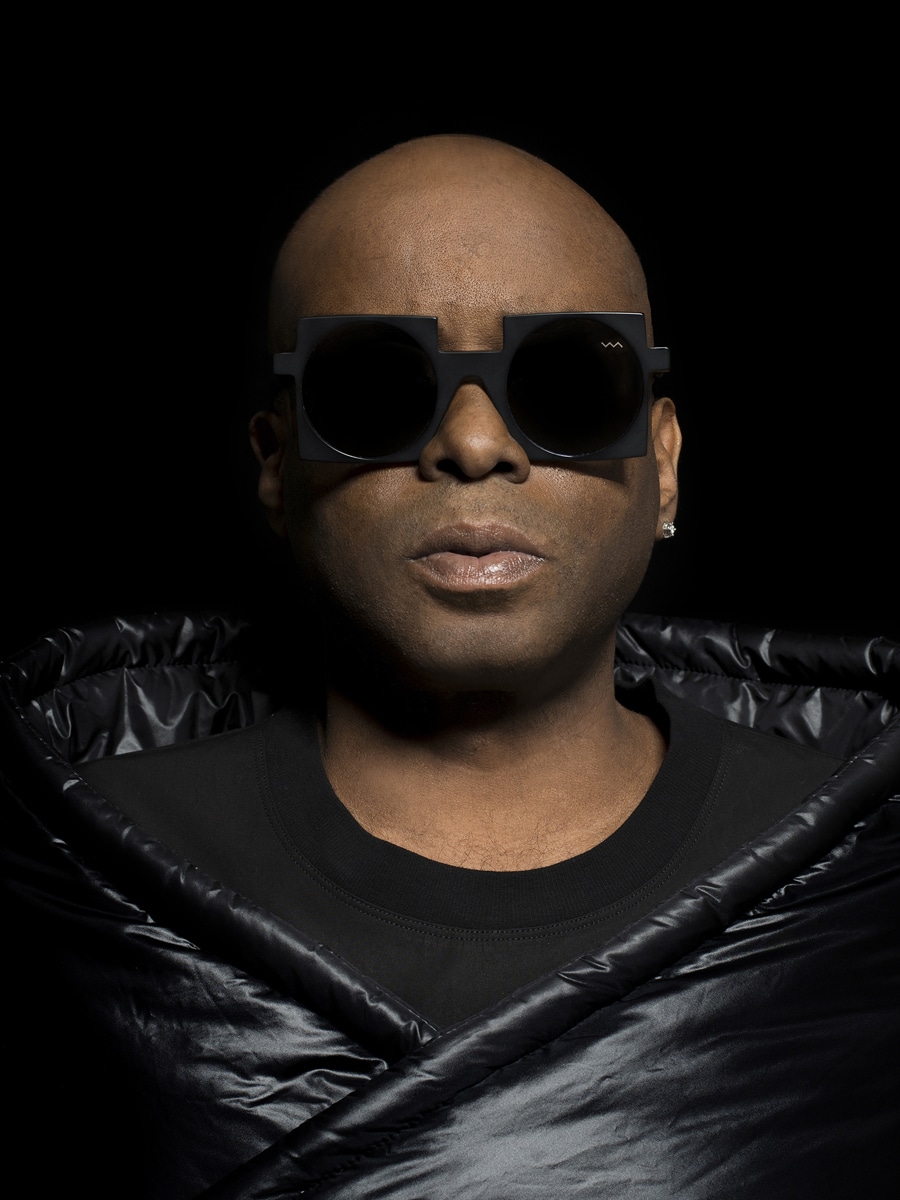 Juan Atkins is a record producer and DJ from Detroit, Michigan, described by Mixmag as “the original pioneer of Detroit techno.” In junior high school he met Derrick May and Kevin Saunderson: together they were known as The Belleville Three. Inspired by Parliament, Funkadelic and Kraftwerk, Juan bought his first synth at 15, and, with Richard Davis, as Cybotron, released Enter in 1983. Atkins founded the Metroplex label and made solo records as Model 500: Deep Space (1995), Mind and Body (1999), and Digital Solutions (2015). As one half of the duo Borderland with Moritz von Oswald, he released albums Borderland (2013) and Transport (2016).