Berlin, September 15, 2021 – The shortlist of nominees for the listen to berlin: Awards 2021 have been announced today. The sixth edition of the music awards will be presented on October 26th, 2021, when the Berlin Music Commission (BMC) will honor artists, individuals and initiatives of the Berlin music industry for outstanding social commitment, artistic achievements, and innovative ideas.  The awards will celebrate these achievements in eight categories, including music journalism, attitude, sustainability, and business at the Kesselhaus in Berlin’s historic Kulturbrauerei.

“The listen to berlin: Awards celebrate the musical creativity of our city and in 2021 stands for a vibrant artistic scene that defies challenges and launches into the future with renewed enthusiasm. My thanks go to the artists who courageously continue and to the Berlin Music Commission, which creates the framework for this to take place,” says Senator for Culture and Europe and patron of the event Klaus Lederer.

The shortlist represents a broad spectrum of people and initiatives in Berlin’s music industry. Nominees include the collective Freak de l’Afrique, the deutschrapmetoo (German rap #MeToo) movement, the event location Max-Schmeling-Halle, journalist Miriam Davoudvandi, and DJ, producer and radio host Anja Schneider. Despite their very different activities, they all have one thing in common: in the jury’s view, they have a special influence on Berlin’s music industry – whether through sustainable action, strengthening economic power or representing and promoting marginalized groups.

“The listen to berlin: Awards jury is a really unusual body: completely different people with starkly different perspectives and views come together here. It’s great to see what great fun diversity can be when it doesn’t come across as sectarian or dogmatic, but when everyone makes an effort to explain and connect. I learn to see the city in a new way every time I exchange ideas with my colleagues,” says Olaf Kretschmar, chairman of the Berlin Music Commission and member of the jury.

This is the shortlist of nominees:

AWARD FOR PROMOTION AND DEVELOPMENT OF THE BERLIN MUSIC SCENE

ROLF BUDDE AWARD FOR ATTITUDE IN THE MUSIC INDUSTRY

AWARD FOR MOST CREATIVE MUSIC VIDEO

A separate jury of experts will decide on the “listen to berlin: Jury Prize“. Nominated in this category are the 26 artists selected for this year’s listen to berlin Compilation by the Berlin Music Commission. The shortlist will be announced here soon: listen-to-berlin-awards.de

The winners will be announced on October 26th at a festive awards show in the Kesselhaus in the Kulturbrauerei. The award ceremony, which traditionally takes place at the start of the music business conference Most Wanted: Music,  can once again be attended in person by an invited audience after being held as a digital-only event in 2020 due to the pandemic. The event will also be livestreamed and Berlin-based musician Malonda and Fritz Unsigned host Christoph Schrag will host the evening. 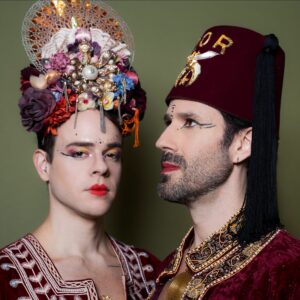 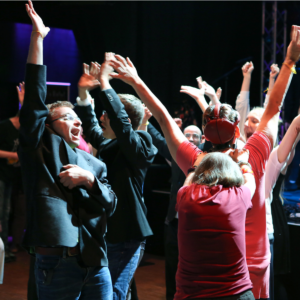 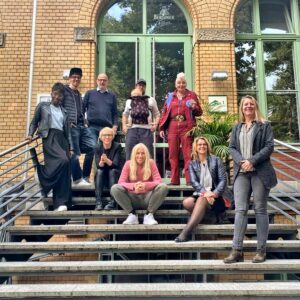 Jury of the listen to berlin: Awards 2021 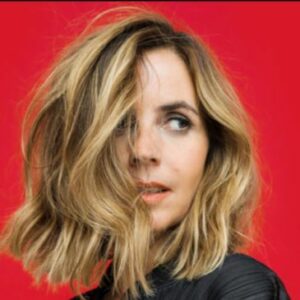 Information on all the nominees

Most Wanted: Music and the listen to berlin: Awards are events organized by the Berlin Music Commission on behalf of the Senate Department for Economic Affairs, Energy and Industry.

Please send press accreditations for the listen to berlin: Awards as well as the Most Wanted: Music Conference to: presse@berlin-music-commission.de

Background: About the listen to berlin: Awards

The listen to berlin: Awards are the music awards of the city of Berlin, awarded by the Berlin Music Commission, Berlin’s music business network. Nominations are open to individuals, companies and initiatives from Berlin’s music industry. The award was created in 2017 to make visible those people who, often far from the limelight, shape the music industry of the capital. The prize is awarded independently of commercial influences. The award ceremony is also intended as a platform for exchange, networking and cooperation between experienced industry representatives and committed young talent.

About the Berlin Music Commission – The Music Business Network of Berlin

The Berlin Music Commission (BMC) networks, supports and represents players from all areas of the music industry – from live and recorded music to music tech, education and media. At the intersection between politics, the music industry and the public, the BMC is committed not only to the business interests of its nearly 170 members, but also to the social and sociopolitical development of the creative city.

With numerous projects, such as Berlin’s leading music business conference Most Wanted: Music, the listen to berlin: Awards, music prize of the city of Berlin, and the events of the Centre of excellence for the Music Industry – the BMC offers spaces for knowledge transfer, B2B networking, critical debate and creative approaches to solutions. Since 2007, the network has been bringing together players with local and international partners in order to promote an open and sustainable music industry.