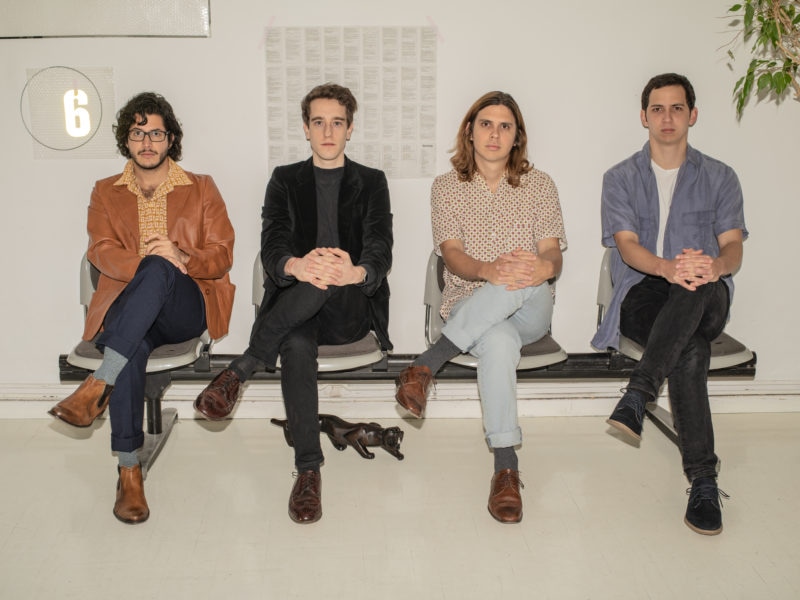 Berlin-based rock ’n’ roll band Ponte Pilas, consisting of Scottish frontman Calum Bolland and Ecuadorians Daniel Rivera (drums), Ismael Rivera (lead guitar) and Alejandro Iturralde (bass), formed in February 2017. With catchy guitar riffs, a driving rhythm section and anthemic choruses, the band’s chaotic live shows quickly earned them a reputation as one of Berlin’s most exciting up-and-coming groups. Drawing comparisons to Oasis, the Hives and the Stooges, Ponte Pilas’ music shows a keen ear for musical hooks and combines elements of both contemporary and classic rock. Their lyrics are cinematic in scope, with influences such as Hunter S. Thompson and Charles Bukowski. These powerful songs are performed live with an intensity and energy that works audiences into a frenzy.

Having played legendary Berlin venues such as SO36, SAGE Club and selling out a headline show at Cassiopeia, last year Ponte Pilas toured throughout Germany and Europe as a headline act, also opening for indie legends The Wedding Present. After the success of their trilogy of singles, “Out of my Head”, “Sound & Colour” and “Eye for an Eye”, the band are currently writing material for a new release scheduled for winter 2019.